The 12 Best Spirits For Gimlets, According To Bartenders 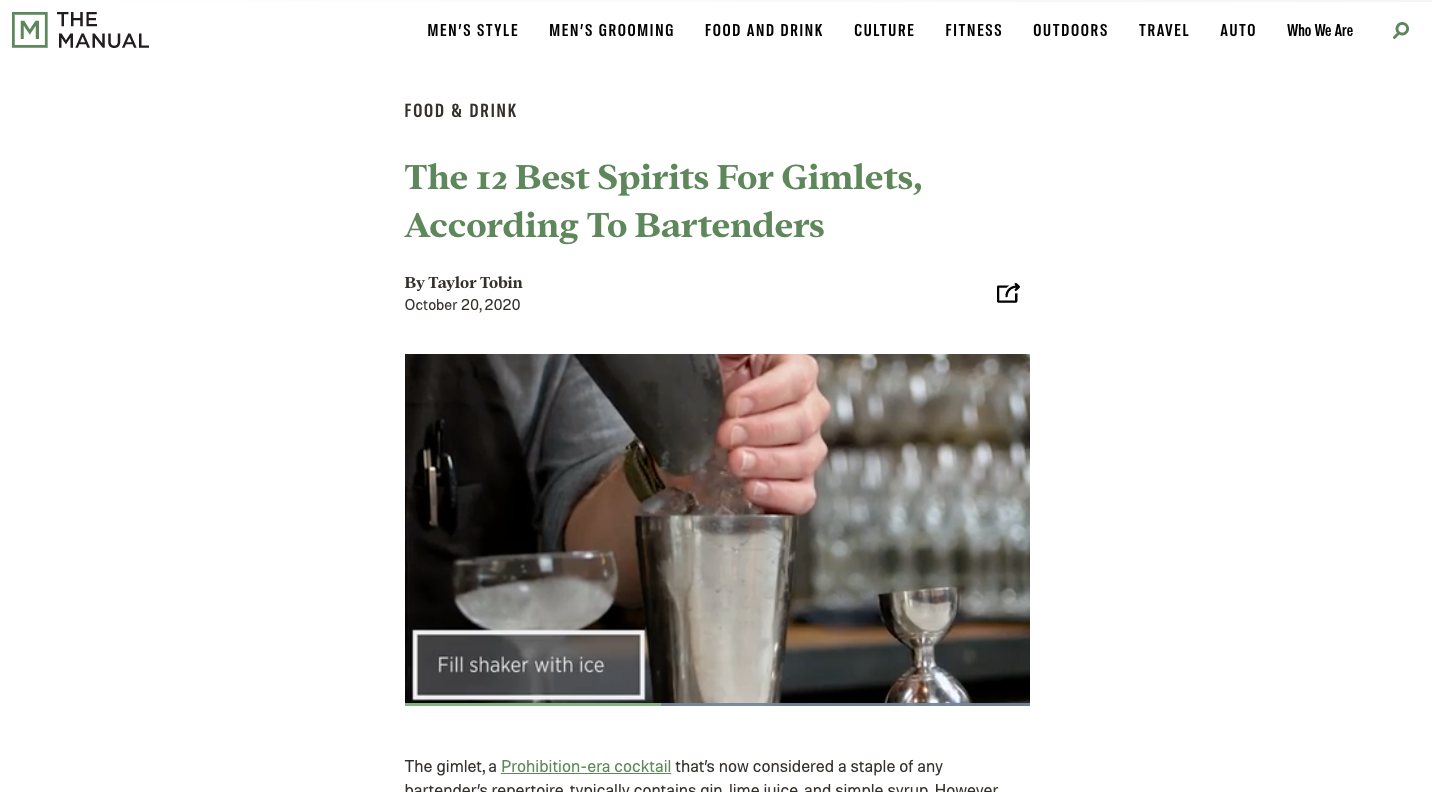 Full disclosure time: When the writer of this article first started drinking gimlets (at a tender age that may or may not have been under 21), she always went for vodka versions, and she’d order a “vodka gimlet, straight up, with a twist” in an effort to impress bartenders who might have kicked her out if she tried to ask for a Long Island Iced Tea or a Cosmo instead. This youthful habit later led her to assume that vodka gimlets were lesser versions of their gin counterparts…but bar manager Thomas LaCloche of Dom Demarco’s in Las Vegas, Nevada is here to assure us all that vodka gimlets can and should appeal to seasoned drinkers as well as to cocktail neophytes. He especially enjoys Vegas Baby Vodka in gimlets, explaining that “the gimlet is a very simple cocktail that usually only contains three ingredients – and, in that case, it’s important to use a delicious spirit that everyone will love. My go-to gimlet spirit is Vegas Baby Vodka because the vodka has a smooth finish that’s complemented by the sweetness of a gimlet.”